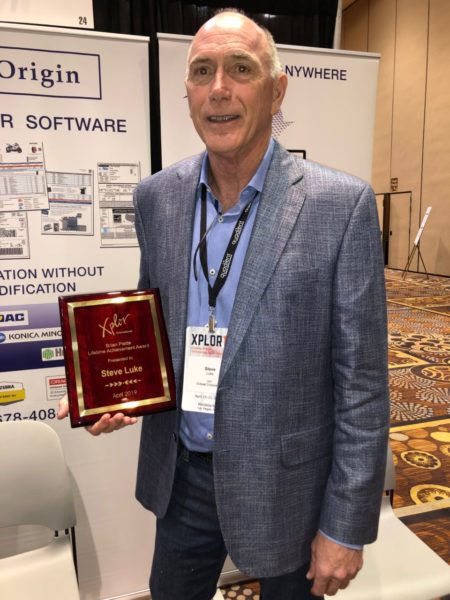 Steve is the founder and CEO of Eclipse Corporation, the creators of Business Communications Center powered by DocOrigin. BCC®  is a marketing and business-friendly solution that makes it easier for non-developers to create powerful customer, partner, employee, and vendor communications which are delivered via omni channels to the right person at the right time. BCC provides the most powerful use of document and form white space in the industry, integrated easily with existing statements, order acknowledgements, invoices, etc. The advanced use of white space in forms and documents improves the relevance of your marketing and messaging.

BCC provides a cloud-based user interface that eliminates the need for scripting or coding of any kind and allows marketing, sales, HR, legal and other departments to use any document type to improve communications with customers, partners, employees and vendors.

BCC goes beyond the use of fixed white space found in typical customer communications solutions. Fixed white space is easy to control, but white space is limited, which reduces the ability to expand on relevant messaging based on dynamic data throughout the form or document. Creative White Space and Lost White Space extend customer communications for complex dynamic documents such as statements, insurance quotes, etcetera to become extremely dynamic. Triggering on any data in the document, BCCmakes documents more valuable and communications more robust, more relevant and informative than ever.

Steve started his computer career as a field engineer in 1976, repairing printers of all types, impact and laser printers as well as a wide variety of data communications equipment. Steve quickly realized the high failure rate of some printer models and the lack of features available. His job required the service of the top four brands of computer printers in the market and he was often asked by clients to recommend a better printer.  Being an engineer, not a salesman, he based his advice on his knowledge of the industry and soon became a trusted adviser to many customers.

During this time frame, Steve loved to create new technology and enhance existing technology. Proprietary interfaces prevented some clients from using products that had more features, leading edge speed and paper handling. Steve was aware of printers that would print 30+ barcodes and graphics, when most companies were happy if they could print upper and lower-case text.  His daily work involved working in hospitals, stock brokerage firms, oil refineries, military facilities, etc. This provided Steve a bird’s eye view of the good, the bad and the ugly technology being used in the industry.

He was asked many times if he could connect brand B printer to brand A computer and the first answer was always no. However, this answer did not help Steve or his customer, so he began developing interfaces to connect mixed brands and bring technology to companies they otherwise would have to do without. Steve’s inventions were acquired by Xpoint Corporation in 1985 and became a huge success, especially in manufacturing and logistics where barcoding, large font technology and graphics were needed.  In this phase of development, Steve’s solutions were provided in hardware which solved the problem but made adding functionality more difficult.

Steve’s most successful hardware creations were connections between IBM midrange computers and high-speed shuttle matrix printers in 1982, and the connection of the HP LaserJet IV (laser printer) with an integrated IBM Twin ax connection in 1992. Thousands of printers were sold to provide advanced barcoding, graphics and forms technology for IBM clients at a much lower price and substantially faster print speeds and improved presentations.

Steve began to realize the short comings of hardware-based solutions and decided that the forms and documents features needed to be in the software and independent of the computers, printers and brands. In 1992 Steve founded Eclipse Corporation in Norcross, Georgia. Eclipse created FormsPlus/400, the first IBM e-forms solution with a GUI user interface which ran on Microsoft Windows PC and stored electronic templates on the IBM System 36, 38 and AS/400 for merging data with the templates in production. FormsPlus/400 was a huge success with more than 800 installations by the end of 1995. From the Fortune 10 to SMBs, manufacturing to logistics, banking to healthcare the product provided advanced forms features and eliminated pre-printed forms and manual distribution of forms to remote offices.

In 2011, Eclipse got together with the core developers of the original team and decided to throw out the old and start fresh on a new forms software solution. They focused on the enterprise class design, presentation and delivery of forms, documents and labels. Today this product is known as Business Communications Center, powered by DocOrigin.

The team started from scratch with no requirements to drag legacy mistakes or previous errors which were mostly caused by the fact that they were pioneers in the 90s and early 2000 years. BCC is highly reliable and fast enough for the Fortune 10, but priced based on usage so small and medium businesses can afford it.

Today, clients like 3M, Advantage 360, AT&T, GE Healthcare, Guidewire, Lynden, McKesson Medical-Surgical, PPG Aerospace, Tyler Technologies, and thousands more use Eclipse software.  Steve credits most of his success to the team that has supported him since 1992 and the customers that continue to do business with Eclipse.

Steve and the Eclipse team are continuously improving and adding features to their software. He and his team believe in delivering on their promises which is why customers stay with the Eclipse team.

Steve is married and is the father of two children and grandfather to 4 grandchildren. He loves boating and spending time with his family. Steve and his wife Terry have supported many charities in the past 34 years, their favorites are Save the Children, Harry Chapin, Big Cat Rescue, Wounded Warriors and several no kill animal rescue programs in southwest Florida.

We’re so proud and honored that Steve has been recognized in this incredible way! We’re excited to see what Steve and Eclipse have in store next. To read the full press release, click here.